Why We Dwell on Suffering 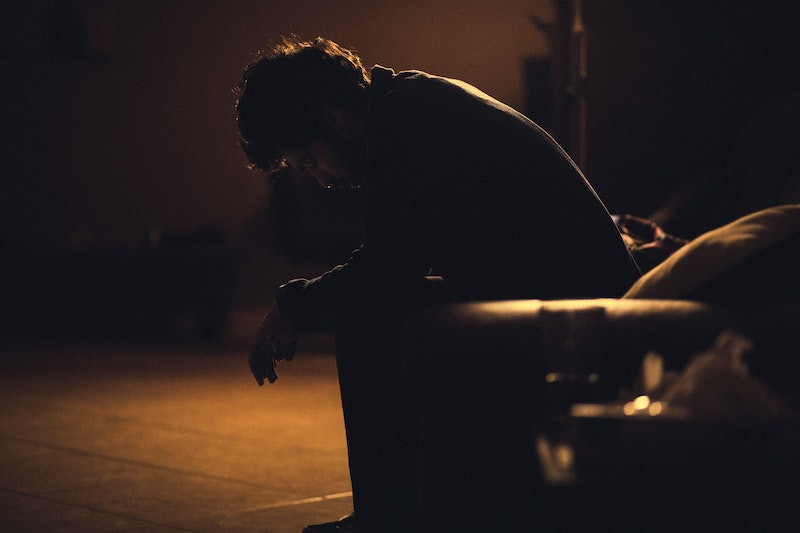 During a session, a client mentioned a habit she was trying to break: conjuring up the worst possible scenarios she could imagine, in this case with romantic partners, and making herself totally miserable thinking about what dreadful things might happen. Although she recognized that she was spiraling down the rabbit hole, she said she felt as if she couldn’t stop herself from doing so and wondered why.

Her words: “I’d sit on the floor and cry and feel sorry for myself 20 years ago, like in a dramatic movie, wishing someone could see me like that and feel sorry for how my boyfriends mistreated me. Now I feel like I get tough/angry/icy when I think about how my exes acted and realize that I allowed myself to be treated like that. I couldn't fathom how anyone could be so mean to me. But I’m learning that those people act the way they do because of their own problems, not because I deserved it in the least. Time to let them and the way they treated me go because I don't want that sadness anymore. So I guess in my younger years I was addicted to the drama of the misery, and then I got angry about it as I aged. I evolved.”

We came up with a few explanations of why people might do this. The first was that thinking about awful things that have happened and could happen was a way to harden oneself against them and avoid being blind-sided by them. Maybe going over and over these memories or fantasies was a way of giving the self courage to get through misery, a kind of rehearsal for the future.

Another thought was about someone miring themselves in misery and then feeling sorry for themselves. Maybe they did so because other people failed to offer them empathy, sympathy or compassion and they couldn’t survive without it so they felt they had to give it to themselves by first making themselves unhappy and then offering comfort. Or maybe they felt too undeserving to not suffer and take the scraps of what are offered in a relationship. Maybe they believed that there was something so wrong with them that they had to suffer.

There will always be pain and suffering in life. We cannot avoid it. Sometimes we succeed in dodging one kind of suffering only to find ourselves caught up in another kind. However, it’s crucial not to seek out suffering. When we do, we act and sound like victims and that becomes our self-view. Fantasizing about the pain you’ll have in life or habitually recounting painful moments is a form of self-injury and emotional self-abuse.

If you’re someone who seeks out pain, that’s what you’ll get in life. Better to view suffering as inevitable but not habituate toward it. Rumination is a habit of going over unhappy and distressing thoughts repeatedly. Fantasizing over being hurt causes needless suffering. If you can’t stop doing either of these behaviors, it’s time for a therapist to help you give them up for good.