What Does Letting Go Really Mean? 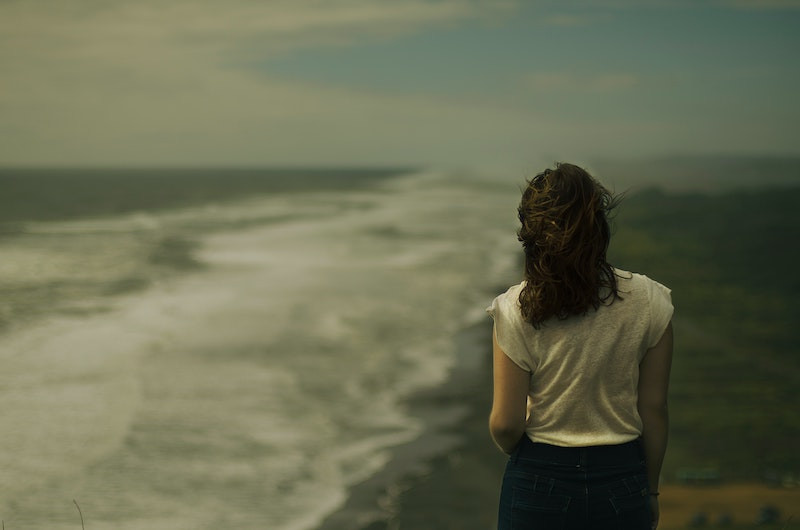 A client and I were discussing her difficulty with loss: a sister’s long-ago suicide, her mother’s gradual decline and death from cancer and, most recently, the death of her adored dog, Pearl. Talking about Pearl’s death, my client kept repeating a common phrase, “I can’t seem to let go” and “I need to let go,” which started an interesting conversation about what those words really mean.

Our discussion raised many issues. One was how my client was referring to something that had happened—Pearl’s death—as if it hadn’t. That is, after a long illness, Pearl was euthanized with my client present. She knew Pearl was dead and yet her words implied the need to take further action. This is often how we use the phrase. We don’t get a job we want and say, “I need to let go.” Our fiancé breaks our engagement, and we say, “Why can’t I just let go?” These events are gone, over, done—in the past—so why are we still waving goodbye when the train has already left the station?

The phrase implies our need to do something: to move from an uncertain place and decide to know or not know the truth, to reject or accept it. There is actually nothing to “let go” of. Something has already left us whether we wanted to let it go or not: Pearl has died, our fiancé has moved on, and the job went to someone else. Saying that we “need to let go” gives us the illusion that we have power over the situation, as if we still have a say in the matter.

What are we trying to let go of? A memory, an attachment, a yearning? I think we’re trying to stop the pain of a overwhelming loss, a pain we can’t avoid until we accept it. There is great irony here: rather than “let go,” people would do better to “grasp” their pain. We can’t push pain away; nor, of course, do we want to cling to it. We need to give it room to be and to leave the door open so that it can come and go on its own.

When we say we want to let go, is it a memory we’re hoping to erase? If my client were to do that, she would erase all recollections of Pearl, her life and death, and that would not serve her. In truth, we can’t erase one without obliterating the other. Pearl’s death is part of her life, of Pearl’s and my client’s. What we can do is accept our pain the same as we accept our joy, to recognize and accept loss, no matter what form it takes.

Letting go, as we call it, isn’t an act of will, as the words imply. It’s not something involving action. Instead, it’s a recognition of what is already gone. When we encounter losses, acceptance is the only power we have.