Weight, Vaccines and the COVID-19 Pandemic 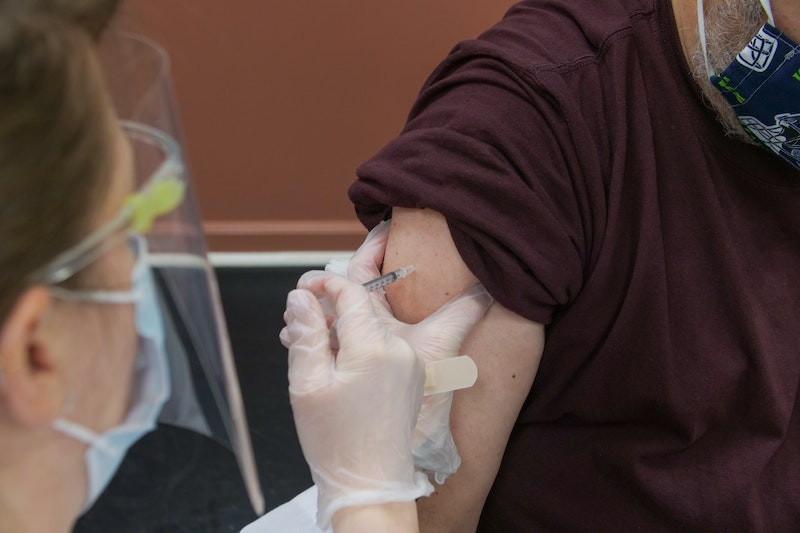 I wonder if higher weight people are feeling more under siege than ever during the COVID-19 pandemic. I don’t mean because of heightened stress, feeling home bound, or battling with increased emotional eating, although they are all factors to be considered. I mean feeling under siege due to the comments of others about higher weight people being at greater risk for becoming seriously ill with the virus. If you’ve been on the receiving end of such comments, don’t for a minute let people shame you.

I’m not going to go into numbers about the relationship between COVID and weight because that is besides the point. The point is that blaming higher weight people for “letting themselves get the virus” (one way I heard it put) is simply more weight stigma coming at ya. It’s infuriating for me to hear such remarks when week after week I sit with clients who are trying their hardest to eat better and take care of themselves. They’re struggling to become healthy and fit, which is why they’re in therapy.

This is also true of people not in therapy. Dieting has traditionally been a route to reduce weight and, though we know now that diets don’t work long term (and often put more pounds on us as a rebound effect of food restriction), it’s been the major way that the health community has told us to take care of our bodies. So, even someone not in therapy, who’s dieted and tried to lose weight, has been trying to become healthier.

I get really inflamed when I hear comedian Bill Maher, whom I usually like, rant on with his fat phobia. I’ve Tweeted back to him and even wrote a blog about him. What he fails to understand about weight loss is legion: 50-70% of weight is determined by genetics, childhood trauma and abuse can cause and exacerbate eating problems, chronic weight-loss dieting contributes to weight cycling, our food industry pushes food on us, and social, cultural and economic factors can make it difficult to eat “normally.”

I also take issue with those who lump together higher weight people with unvaccinated ones as contributors to not taming this pandemic. People who’ve been higher weight for years or decades or who’ve struggled unsuccessfully to shed pounds are hardly equal to folks who make the choice to remain unvaccinated and put themselves and others at risk. Being vaccinated is a choice, while being higher weight is a lifetime of factors that have come together to set a person up for eating problems.

Of course, both populations have responsibility for current choices, but let’s not kid ourselves, it’s a lot harder to lose weight and keep it off than, if you’re medically cleared, to stick out your arm (twice) and get a needle jab.