Two Practices to Stop to Become a “Normal” Eater 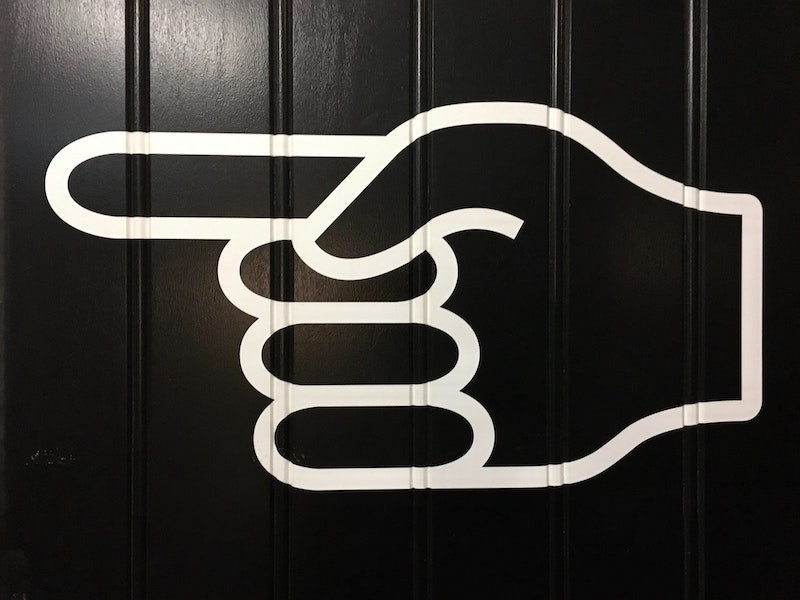 Dysregulated eaters have some unhealthy habits, and I don’t mean just with food. I’m talking about how you habitually speak to your selves. Two particular no-no’s stand out above the rest: finger-pointing and finger-wagging.

Finger-pointing, aka blaming, is when you constantly accuse yourself of doing wrong, making mistakes, failing. It’s different than being accountable and taking responsibility for your eating or other actions. Finger-pointing is mean-spirited. It assumes that nothing bad can simply randomly occur in life. It doesn’t allow that people can lose track, slip up or even do their best and still fail. Its aim is to make someone at fault and assign blame for whatever is happening.

An example is something a client we’ll call Fred does all the time. In his job as a manager, he’s always looking for who did what wrong. He ferrets out mistakes, then goes up and down the food chain to see whose to blame for them. There’s a pathetic relish he exhibits when he insists that someone must be to blame for a glitch or debacle. As if his finding who’s responsible will set the universe right again.

Not surprisingly, Fred follows finger-pointing with finger-wagging, aka berating, in full throttle. He tears into employees for being inattentive, stupid, irresponsible or lazy. Once he’s found the guilty party, boy, does he make them suffer, insisting that this is the only way to get people to pay attention, do their best, and prevent mishaps from happening. No surprise that Fred acts the same way when he overeats or makes a food choice he deems unhealthy. His self-demolishing recitations of his rants after a particularly noteworthy binge have actually brought tears to my eyes.

Do you finger-point or finger-wag at yourself or other folks? It’s a common trait in dysregulated eaters, although both behaviors are generally aimed at yourself, not others. So, let me ask you this: Have blaming and berating yourself improved your eating behaviors or have they only made you feel worse about yourself? As a recovered finger-pointer and -wagger, I know the answer. Do you?

If you intend to be a “normal” eater and an emotionally healthy person, you will need to permanently give up these behaviors and replace them with an understanding that humans are wildly imperfect, “stuff happens” in life with no one to blame, and self-compassion is due you when you make mistakes. There’s no way around this. You will simply need to be nicer to and more accepting of yourself. You do this by listening to how you talk to yourself and changing it.