Talking about Weight Loss in Therapy 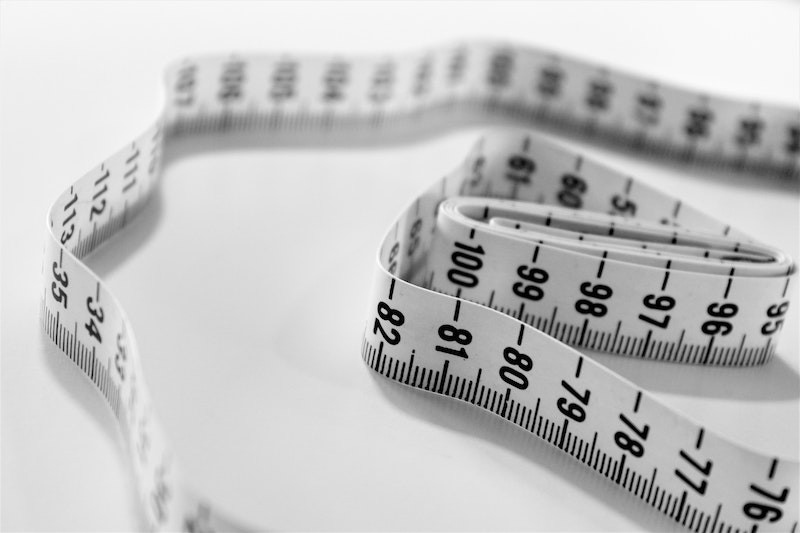 Some of my most difficult moments as a therapist come from discussing weight with high-weight clients who continue to hold fast to yearning to shed pounds. It’s a touchy subject which I wrote about recently in the Gurze-Salucore newsletter in an article entitled “Navigating Weight-loss Discussions with Higher Weight Clients”:

“I confess: Although I’ve been an eating disorders therapist for 30-plus years, have written eight books on eating, weight and body image, posted more than 1,600 blogs, and am recovered from binge-eating disorder for half a lifetime, I still find it daunting to talk about weight-loss with higher weight clients. These discussions rarely seem to go well, no matter that I’ve had hundreds of them.

Here are two examples. When Leann, in her late fifties, called me for help managing her eating, she was in the midst of moving abroad where she’d also be deepening a serious romantic relationship. During every tele-therapy session (when she remembered them at all) she was surrounded by moving boxes and eating her lunch or dinner while we talked about how she could switch from a diet to an intuitive eating mentality. She lamented trying her best to focus on hunger, fullness and mindful eating only to see her weight keep rising because she couldn’t seem to stop eating.

After about a half-dozen sessions, she was still highly stressed by the move and, more so, by her weight gain. During what turned out to be our final session, she told me that she wanted to end therapy because she was joining a weight-loss group and thanked me for the help I’d given her (what help, I wondered). She emailed me a week later to say she was feeling much better on a food plan (which was “not,” she insisted, a diet) and had already stopped “packing on pounds.”

Another client, Melinda, in her mid-thirties, was plugging away at eating more mindfully, being self-compassionate when she ate mindlessly, using more positive self-talk, and regulating her emotions. She was thoughtful and insightful in sessions and reported progress each week. I thought she was doing quite well. When she canceled an appointment at the last minute without paying me, I called her to discuss what was going on and we ended up emailing back and forth.

Here’s what Melinda wrote: “Right now I need to wrestle with things on my own and I don’t find it productive to sit in a session where you tell me I need to let go of weight loss. I nod and inside I’m in full disagreement. Managing my emotions, being kind, removing stigma from food to me does NOT mean I can’t actively work towards weight loss. I refuse to just wait for my body to regulate itself.”

What a teaching moment those words were for me. Clearly, I had been making her (and other clients) feel as if they had to choose between better eating and shedding pounds. I’d unintentionally pressured her into feeling she had to give up one of her twin dreams: enjoying “normal” eating and having a body she was comfortable in and proud of.

No wonder my clients were clinging to their weight goals for dear life. I’d been approaching this issue far differently than I generally approach intrapsychic conflicts, which is with empathy, compassion, and curiosity. I usually try to steer discussions away from all-or-nothing postures and encourage clients to try to hold two seemingly conflicting desires at once, in this case, eating “normally” and being at a comfortable, healthy, realistic weight.

However, I’d done nothing of the sort on the weight-loss issue. When clients said they wished to be thinner, I’d explained that a weight-loss focus would make it harder to become a “normal” eater because they’d be thinking about calories and fat grams rather than on eating more intuitively. I described eating as a train’s locomotive and weight-loss as its caboose, implying that one would naturally follow the other. I tried to teach them that having health goals was more beneficial than weight goals because thinner people aren’t necessarily healthier than fatter ones.

I described how focusing on weight was a habit rooted in the diet mindset and that eating mindfully involved giving up unhealthy habits in order to learn healthy ones. I explained that people often focused on weight when their lives felt out of control which became an unhealthy, habitual way of coping. And I tried to paint a bright picture of body positivity, neutrality, compassion and acceptance.

If I felt particularly brave, I might gently ask a client, “What would happen if you became a “normal” eater yet didn’t lose the weight you wanted? Would it be worth it?” In the three decades I’ve been practicing, never has a client responded in the affirmative. Instead, responses generally fell somewhere between a flat “no way” or looking at me as if I’d lost my mind, leading me to back off for fear of getting in a clinical tangle.

After reading Melinda’s well-articulated feelings, I realized why I’d so often felt as if I were fighting an uphill battle, struggling to get clients to see that all the time they were spending in therapy and the substantial efforts they were putting into connecting with appetite would likely fall short if they insisted on actively pursuing shedding pounds. I understood why my approach and tactics to help clients resolve their tug of war with eating and weight were backfiring.

Grateful for how her words enlightened me, I offered Melinda the clinical version of “My bad”—praising her for being able to speak her truth to me, telling her how much I appreciated her honesty, and apologizing for my insensitivity and ineptness. Then I promised that I would do better in the future. I’ve been thinking about her words ever since.

Now I understand where I went wrong with this issue and also how my errors came about. For years as an eating disorders therapist, I hadn’t focused much on weight with clients other than suggesting they avoid the scale or reduce reliance on it. After all, it took me what seemed like forever on the journey to “normal” eating to give it up (one day in the 1980s I was about to step onto it, changed my mind, and shoved it onto a garage shelf where it’s been ever since).

Over the decades since then, theories about the harm of weight stigma and the benefits of body positivity (I prefer the concept of neutrality) have come into acceptability. Even the idea of focusing on health and not weight from the Health at Every Size movement went from being radical to mainstream. But with this necessary shift in focus came the application of theory into practice, rubbing against the grain of human desire. Endeavoring to be politically correct, I forgot that I also needed to be clinically correct if my clients were going to improve their relationship with food and their bodies.

Now, when I talk about weight with higher weight clients, as vocalist Joni Mitchell sang,  “I look at life from both sides,” I acknowledge the suffering of being in a body that makes you feel miserable simply because of its size. I validate the difficulty of making sense out of conflicting cultural messages to be thin at all costs versus focusing on health not weight and loving your body at every size. I explore how they think they’re bad if they want to lose weight while every fiber of their being, for physical, mental and social reasons, still wants what it wants. I recognize that the thought of giving up that deepest desire—for normalcy—seems to them not only wrong but unreachable.

Dieting gives dysregulated eaters a sense of control and purpose, never mind tangible results sooner rather than later. For them, the process of becoming a “normal” eater is terrifying, like jumping out of a burning building. The truth is that many clients lack the internal resources to trust their appetites. They need to develop life skills before they can rely on a body they believe has betrayed them and always will. They need a better grip on their emotions which have so often led them straight to the refrigerator. For many, the scale is the only thing that makes them feel secure.

My goal now is to explore more deeply clients’ fears about letting go of a weight-loss focus, to validate these fears and not try to educate them away. Perhaps it’s more therapeutically beneficial that a client continues to weigh herself while moving toward “normal” eating (as I did) than feel the need to make a choice and give up this goal or leave therapy. Perhaps it’s better that a client stays with his food plan while developing skills to cope when life spins out of control than to continue abusing his body with food. Perhaps it’s better that I stop telling clients why losing weight and eating “normally” aren’t compatible and help them find a way to do both.

Although I still don’t have all the answers for discussing weight loss with higher weight clients, my new ways of thinking will, I hope, be of use to them. At the least, I can avoid doing harm to my valued clients whom I cherish with all my heart and maybe even help them reach their eating and weight goals along the way.