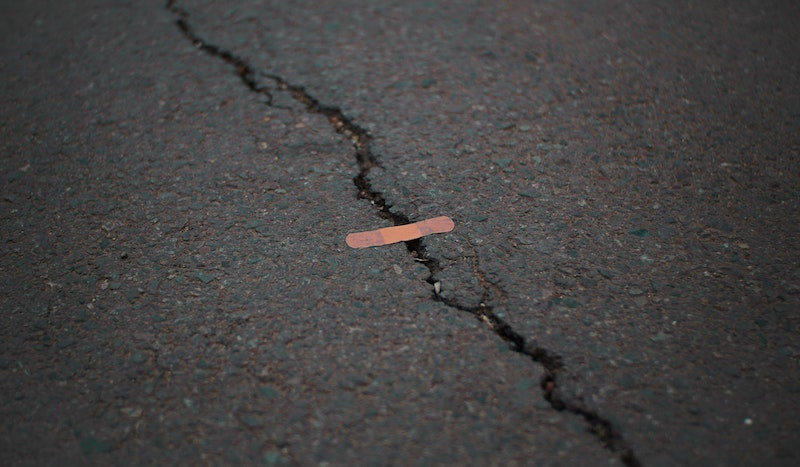 What’s the difference between a scar and a sore? In my mind, a scar is something that once hurt but is no longer painful, while a sore is something that hurts right now. You view a scar as being about something that happened to you and recognize that it isn’t happening now. A sore is different: it’s an active wound that keeps hurting. It’s helpful to think about events in life as scars or sores in order to distinguish what’s active and really needs our attention and what’s a memory to ignore. Here’s an example.

My client Lloyd was the oldest of six children and their unofficial caretaker, what we call the parentified child. Growing up, his mother was on disability due to a heart condition and his father worked two jobs to support the family. Good natured Lloyd tried to do all that was expected of him, but that was a lot: on top of his schoolwork, it meant taking care of the house, doing some of the cooking, and minding his younger siblings when his mother needed a hand.

Lloyd eventually began to begrudge never having a free moment to relax or hang out with his friends but felt badly letting down his parents whom he knew were doing their best. He tried not to be angry with them, but his resentment grew, and he rebelled in high school by drinking, drugging, and not coming home at night. When he met the woman who eventually became his wife, he put his best foot forward and went out of his way to take care of her. But when she wanted him to do things that took time away from himself, he got angry and either procrastinated or said he’d do something (like go grocery shopping or get the car gassed up) without following through.

When I met with Lloyd and his wife, Suzanne, in couples therapy, I spotted what was going on right away. What should have become a scar in his life was still an open sore. Lloyd was still carrying around that put upon feeling, though Suzanne was a highly responsible, accountable woman and, knowing about his childhood, went out of her way not to ask him to do more than was necessary.

The idea is to let sores from childhood (or later) become scars. Let them develop a tough, thick skin around them. Remind yourself that the wounding you suffered is over and done with and that you are now healed from it. See the scar, not the wound beneath it. When you feel wounded now, look at what’s going on objectively, as if it’s the first time it’s happening and decide how to react. If you’re hurting in the present, you need an appropriate response for now, not one that’s based on another time and place.