Hidden Reasons That Eating Disorder Clients Drop Out of Therapy 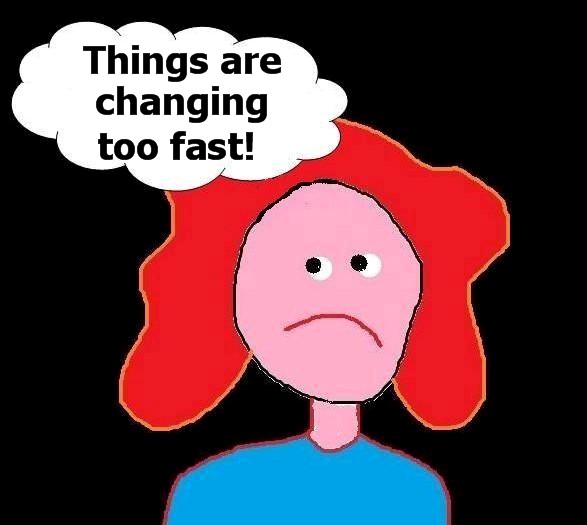 Image by Debbie Digioia
If you are or have been in therapy to deal with your eating problems, you may be interested in a therapist’s view of the hidden reasons that cause clients to drop out of treatment before they’re fully recovered. The reasons apply to people in any kind of therapy, of course, not just to troubled eaters. I’m hoping that writing about what I think too often happens will prevent such occurrences and help you understand your reasons for leaving therapy before you’re “done.”
Please understand that I am not coming at this subject from a place of blaming or making you wrong. I’m attempting to explain you to yourself so that you have increased self-knowledge. That’s my job as a therapist and as a blogger about eating disorders. I’m also not talking about dropping out when you have major life changes that make it impossible time- or money-wise for you to continue. Examples include losing your job or your ability to pay for therapy, major health problems, or a need to care for others who need increased care-taking. Of course, these days, the time factor of travel to and from a therapist’s office can be avoided by doing tele-therapy.
Over the course of my 30-plus years as a therapist, I’ve had many people leave therapy prematurely, most often for financial reasons, although I offer very reasonable reduced rates that are manageable for most clients. You might think that clients drop out because they don’t see themselves making progress. In fact, that has not been my experience. Instead, the opposite is more common: they drop out because they are making progress so fast that it scares them silly. They’re standing up for themselves more, cutting down on their binges, getting more in touch with their feelings, setting firmer boundaries with others, and generally having a mental health growth spurt that we both can’t miss.
Because they’re out of touch with their fears about changing too quickly and because most dysregulated eaters have all-or-nothing or what’s called dichotomous thinking, they see themselves as either in or out of therapy. One client was faced with leaving an abusive wife and, rather than saying he wanted to slow down the process with me, he dropped out because “he had some job changes that ate up more of his time.” Another client who was setting firmer boundaries with her husband (who was none too happy about her new found courage) and shaking up her marriage, said she could no longer afford therapy with me (she was already at a reduced price). Of course, she never asked if I would lower my fee even more. Yet another client missed several sessions without a valid reason and became enraged when I asked her to pay for them. This way she could leave therapy making me the bad guy and never have to face the fact that she wanted to become more independent from her parents, but didn’t have enough courage at the time and was still too in need of their approval.
In sum, clients often fear what they know they must do to be happy and healthy, but are not in touch with their apprehension. This happens in spite of the fact that I talk about it with them. Whether they call it going on hiatus, taking a break, come up with another reason they need to stop, they usually back off because change is moving so rapidly that it scares them. Sometimes I predict that this might happen. For instance, I might say to a client, “It is really wonderful that you haven’t binged in two months. I wonder if that’s at all scary as well as exciting,” or “I’m sure it’s changing your relationship with your mother how you’ve set a firm limit about talking about food and weight, but I wonder if you’re totally comfortable with your mother being upset with you.”
Reflect on whether you feel scared that you’re moving along too quickly in therapy and, by all means, talk with your therapist about it. Don’t be ashamed of these emotions or feel that you must always be and sound positive. If you would like to slow down the process, tell your therapist. You can put on the brakes by talking about other topics or meeting less frequently for the time being. Remember that you get to control your therapy, but the process only works when you’re in touch with all of your feelings.
Best,
Karen
http://www.karenrkoenig.com/
https://www.facebook.com/normaleatingwithkarenrkoenig/
http://www.nicegirlsfinishfat.com/
http://www.youtube.com/user/KarenRKoenig
http://twitter.com/KarenRKoenig
APPetite on Facebook
Tweet
Guest Blog ~ You Become What You Think About
Imagine Yourself With a Different Childhood