From Mortified to Moxie 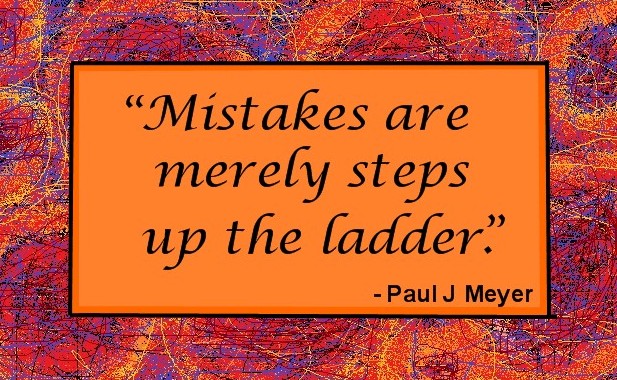 Image by Debbie Digioia
Nearly all of my eating dysregulated clients are highly shamed-based folks. Shame infects not only their eating and their weight, but their entire lives. Doing well makes them feel ashamed because they fear that they might cause envy in others. Doing poorly generates shame because of their belief that they’ve seriously failed themselves and others. Sometimes I believe that my most important job with clients is to help alleviate their shame and support them in moving forward proudly without it.
If you’re ashamed of your eating, size or shape, my hunch is that you were a shame-based person long before you had food problems. You felt inadequate, defective, or unable to meet your lofty standards and believed people’s self-serving negative comments about you. Shame is at the core of your being, and you may not even realize it. You may think that everyone feels mortified when they make mistakes, fail or are caught being vulnerable. You may never imagine that people could feel otherwise.
I understand. I used to feel ashamed a way too often. Tending toward perfectionism, I was ashamed of my flaws and often wanted to be someone other than who I was. Not surprisingly, I wanted to keep my binge-eating—and, later, my purging—a secret. There are things I did in my 20s and 30s (I just turned 70) that I’m not proud of and, at the time, I thought that what I did made me a bad person. In one way, however, my shame helped me: It made me want to be a better person. Thankfully, I didn’t have the deep-seated, fully internalized shame that some dysregulated eaters have, those who believe that they’ll always be defective and never grow into someone who’s lovable.
What prevented me from sinking permanently into shame-based behaviors was that I have always had very close friends with whom I could swap sob stories. They didn’t allow me to wallow in shame, but took me on and more or less said that if I didn’t want to be ashamed of what I was doing, I should stop doing it. Eventually, with their support and that of therapy, I did stop doing those things which made me ashamed.
To my surprise, not only did I gradually give up feeling ashamed when I did something wrong or less well than I’d hoped, but I became someone gutsy and open about my faux pas. I gave a talk to the Harvard School of Medicine about my bulimia and taught “normal” eating workshops in which I always talked about my world-class binge-eating. Even now, I make a point of sharing with clients the foolish mistakes I make with them. I’ve turned my mortification into moxie, the “force of character, determination, or nerve.” I’ve become someone with more pluck than I ever thought I could summon. Over the years, my skin thickened, making me less immune to shame, and I realized that I could deal with my transgressions with honesty, compassion and humor instead of self-flagellation, self-denigration and mortification.
If you really want to shake off your shame, do two things: tell people what you think you’ve done wrong and start laughing at yourself. Refuse to keep your secrets and, instead, flaunt your moxie. Take the pledge to live shame free. Develop an others-be-damned attitude and grow yourself into someone who is comfortable in his or her own imperfect skin.
Best,
Karen
http://www.karenrkoenig.com/
https://www.facebook.com/normaleatingwithkarenrkoenig/
http://www.nicegirlsfinishfat.com/
http://www.youtube.com/user/KarenRKoenig
http://twitter.com/KarenRKoenig
APPetite on Facebook
Tweet
To Improve Your Eating, Improve Your EQ
Learn How to Enjoy Being Alone to Heal Your Eating...