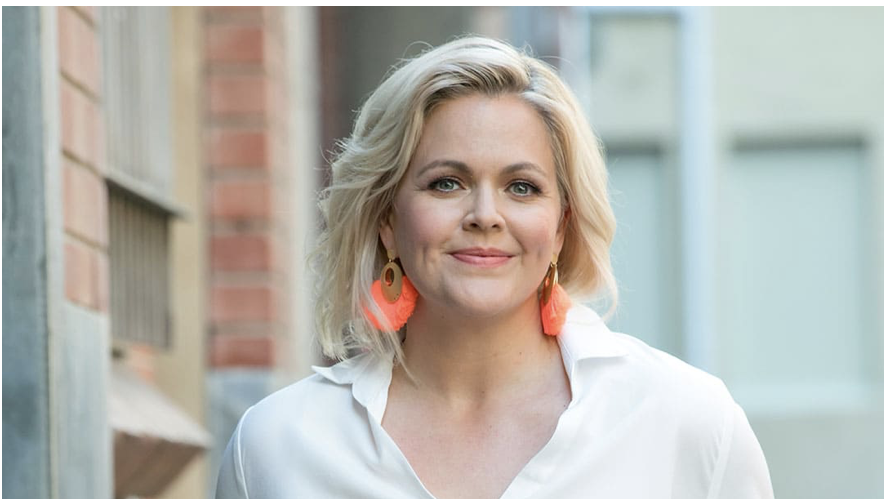 Embrace: One Woman’s Journey to Inspire EveryBODY is an engaging, enlightening 2016 documentary, the story of Australian photographer, wife and mother Taryn Brumfitt who decides to stop hating her body. Here are quotes about the film that I hope make you want to see it. You can watch it on Amazon Prime, find the video on Apple iTunes, and check out the trailer at

From MEDA Inc. (I’m a former advisory board member): “The protagonist and director of the documentary, Taryn Brumfitt, struggled with her body image. After she had multiple children, she became obsessed with obtaining a ‘perfect’ post-pregnancy body as efficiently as possible. Even though Brumfitt spent years manipulating her body and weight in order to participate in a bodybuilding swimsuit competition, she eventually came to a life-changing realization after reaching her ‘goal’: ‘In my ‘perfect’ body, I’m not happy.’”

After coming to peace with her body, Brumfitt decide to travel around the world to help her gain diverse perspective as she seeks the answer to her guiding question: ‘Why do so many people hate their bodies?’ Brumfitt has the goal of ‘do[ing] something about it’ or otherwise shedding light on the standards that the media holds young girls and women to today, regardless of where they are from.”

From BodyImageMovement.com: “Embrace is a social impact documentary that explores the serious issue of body loathing, inspiring us to change the way we feel about ourselves and think about our bodies. Released in 2016, this film is relevant, relatable, highly engaging – but above all life changing. Nominated for the Documentary Australia Foundation Award for Best Documentary, Embrace has been seen by millions of people across the world and has created a ripple of positive change . . .The trailer has now had over 45 million views.”

From Amazon Prime: “When Body Image Activist Taryn Brumfitt posted an unconventional before-and-after photo in 2013 it was seen by more than 100 million people worldwide and sparked an international media frenzy. Embrace follows Taryn’s crusade as she explores the global issue of body loathing, inspiring us to change the way we feel about ourselves and think about our bodies.”

As I’ve said before, you will not heal your eating problems until you make peace with your body size. This documentary will help you do so.